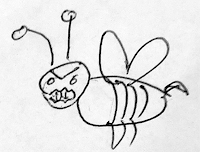 I broke my own rule of DIY and perfboarded a new design. The rule: I figure it's quicker these days for me to use Eagle to craft a PCB I want to mess with, kludge in any parts, and see if I can get it to work. If I can great, if not, toss it and start over....but not this time....

I was up late watching my usual youtube electronics vids to help me fall asleep (Carlson's lab is a favorite for that! 2+ hours of a Canadian tech saying "abooot" while restoring a tube amp? This guy is awesome!) and came across this Colin Furze clone DIY audio dude. At least he's a synth player, he doesn't ride around on jet powered bicycles and you gotta love that earring!

OK Sir Thomas Dolby-Colin Furze's kid brother has a super fun series of vids about using a NPN as an "avalanche oscillator".  (BTW I really like his videos! All kinds of great stuff! Mr. Carlson's energy and then some! Ah...to be young again...Like, subscribe, comment + notify, you know the drill)

I have seen avalanche circuits using zeners but not this.

His design (he probably borrowed it?) was so simple I literally jumped out of bed and bread boarded it. 1AM!  And I had to work the next day. Yow.

Oh yeh, There is a big-butt mistake in his first vid--what you get for "You can skip this ad in 5 seconds".

LookMum shows a pink explosion schematic with the 3904 upside down--being British he was probably using a BC series--yep pins are flipped, but otherwise, once I caught that, it worked.

here is the schematic I ended up using for my perf-non-masterpiece (?)--a bit more complex than what LookMum shows....and BTW my circuit worked with the 3904 center pin not cut off...but who cares? 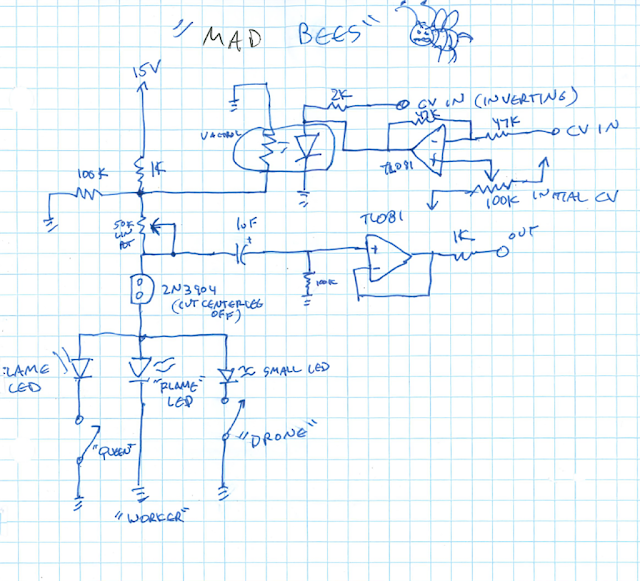 As this Sam LookMum says, you need to mess with the LED's to get different sounds, by George! I used 3 LEDs, a flame LED (you know, it flickers, used in fake electronic candles), permanently wired up to the 3904, a small green LED, and another flame LED. A single switch controls the outer 2 LED's.  The green LED, when goosed with the right right frequency, sounds to me like a bee! Bugger off mate! For the other two I labeled them "worker" (audible random burps) and "queen" (nastier bigger/hairier audible random belches and burps).

Another minor detail Sam lookmum doesn't mention: if you perf it up his way, unless you invert the CV, higher voltages lead to lower pitches--but who cares?  I stuck my CV through an op amp inverter (right-side up bee on finished panel) as well as not (upside-down bee). Whatever....

For those playing along at home, here's a youtube of the nearly finished circuit at work....


And--Here a Soundcloud mp3 I did in about two minutes--it's just different bee samples recorded directly to a VCA and out to my DAW, multitracked then mixed together with some reverb.  If I can do this in two minutes, figure what you can do in 5!

The obligatory "circuit on the bench" photos.... 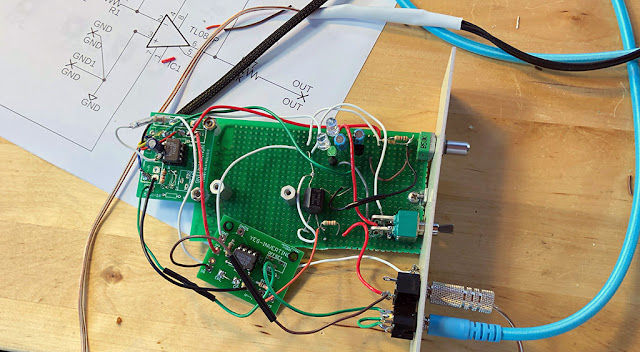 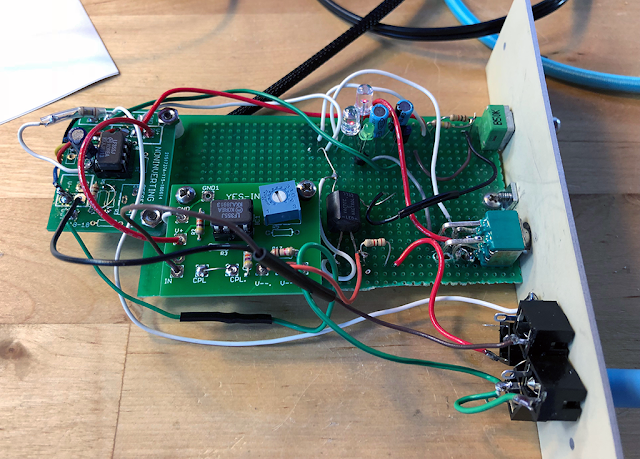 Done! I already had a front panel from PCBWAY left over, so this was easy to finish. decal'd it using Lazertran....bolted it into my Fracrak, next to the random gate which is a good CV source for it. 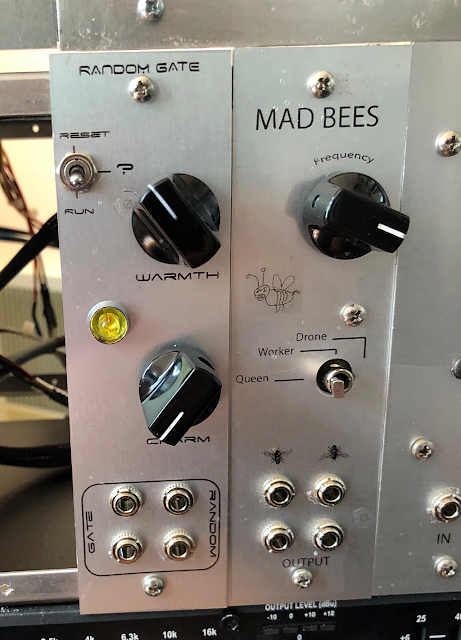 What next? I  have already designed a PCB for this, it would be fun to do 3x or 4x in a dual gang FraCrak panel, sort of what I did with the 40106 design for the Lunetta VCO.  But then I have to get it fab'd then test it, one of these days?

This is a super easy and fun DIY circuit, highly recommended!  Until then don't breathe the Canadians!
at September 12, 2018