This time let's DIY a staple of analog synthesis: portamento, glide, lag, it's the "O Lucky Man" ELP drunken, swooping sound at about 3:40. You know what I'm talking about. 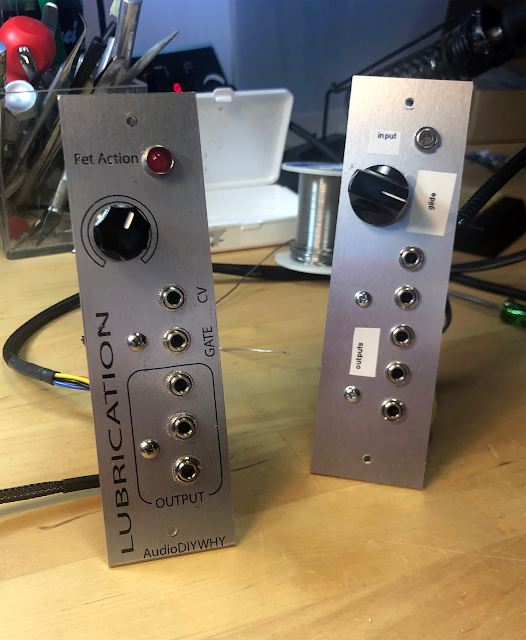 The circuit fragment to add glide to simple control voltages is simple:

HOW IT WORKS: the incoming CV is buffered by the unity gain op amp stage on the left. The 100 ohm resistor protects the circuit when the 1M pot being turned all the way CCW--doing that means the output of gain stage one goes directly to input of stage two, without current limiting, so without the 100 ohm resistor you risk damaging your op amps.

The 1M pot and 2.2uF cap form a basic low pass filter--the DC is "slowed down"--which is buffered by the last op amp stage. Turn the pot and get more glide.

With that I created a simple PCB using Eagle (stripboard or perf this if you want, but me? No. I will avoid breathing the fumes): 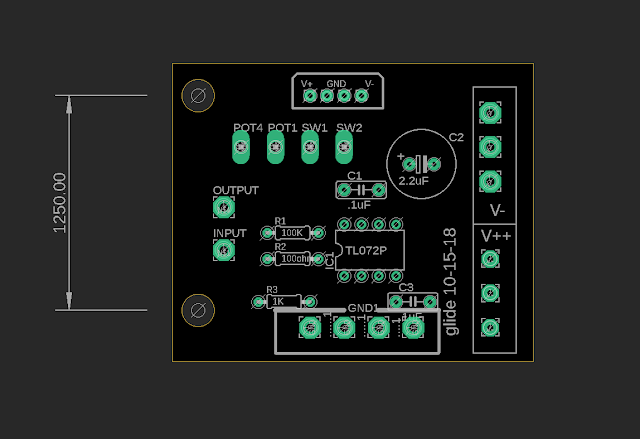 OK that was easy so let's now fabricate a variation: a second glide circuit that uses a 2N7000 Mosfet (interesting part) to allow a control voltage to turn the glide on and off. 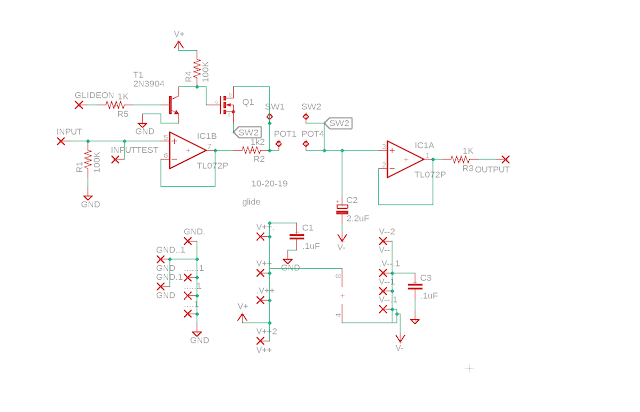 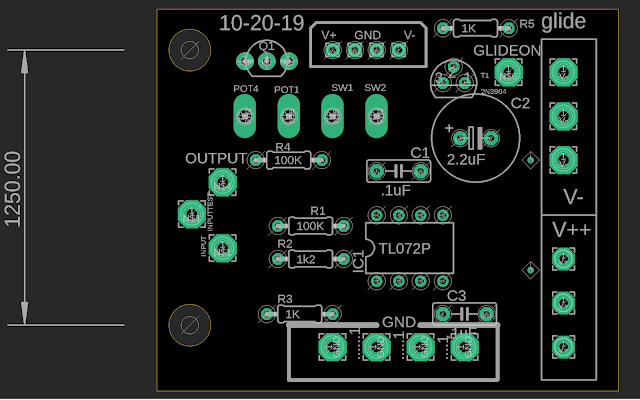 Here Q1 is acting like a switch--when the mosfet is turned on (Q1's gate to V+) there is a great deal of resistance between Q1's source and drain and the value of the pot becomes the path of least resistance, turning the glide on.

With Q1 off the source and drain act a lot like a wire and consequently there is very little glide.

T1 inverts the logic, so gate high = glide on.  It also buffers the incoming gate signal. So when you have anything above about 1V DC at the gate input the glide pot "works"; otherwise it is ignored.

Running around in the Buff(er): Op amp over-current protection for a glide circuit is a bit tricky: if you keep R3 in circuit and hook the output of this glide into your V/oct VCO, you have current limited the V/oct source, which will probably knock your VCO a bit out of tune. For me this was most noticeable at higher pitches and so R3 had to be removed....it took me a bit of time and some forum discussion to realize this.

And now on to the obligatory bench photos.... 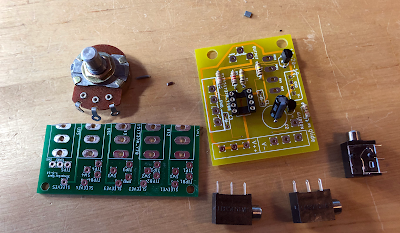 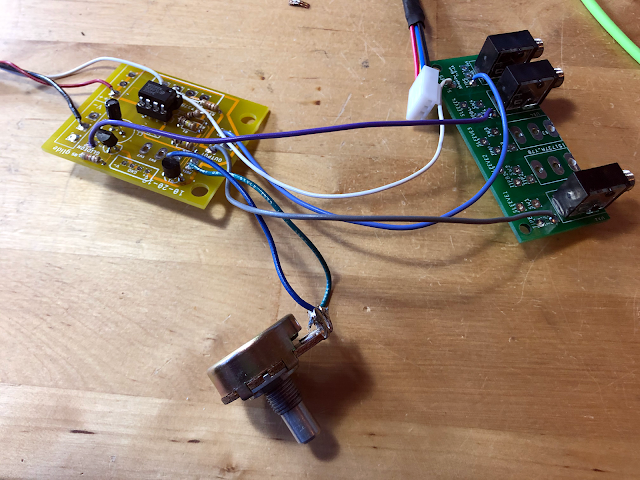 What next?  There is plenty of discussion on the E-M DIY forum about how to improve this circuit.  Since the glide here is in series with V/oct devices that need to stay in tune, you may not be able to put  anything into your glide circuit and have it sound good.
Let's see what we can do to improve this:

One thing: move the fet.  This might help sidestep any unwanted resistance it creates when the glide is turned on: 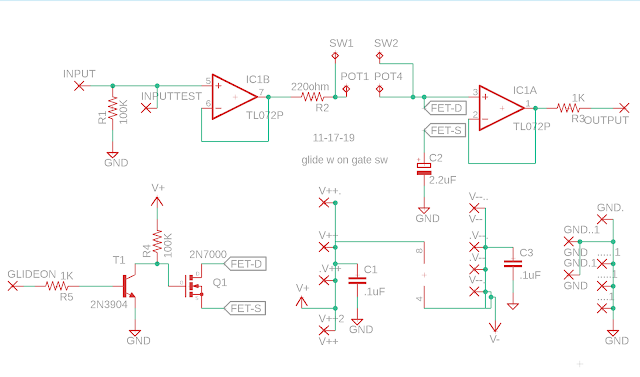 IXTERN from the E-M forum suggests this form of protection for the IC1A: 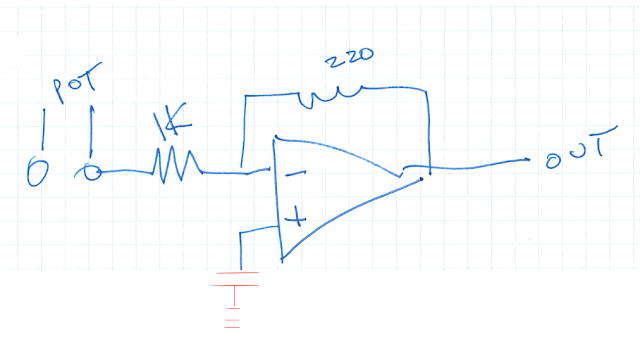 We could replace the 2.2uF cap with something other than an electrolytic, since electros are a poor choice for high accuracy designs (see the video here for more information about this).

On Ebay I bought some metal film 2.2's, but generally large value metal film caps can run big in size; too big for a lot of what we do, if their voltage rating exceeds 100V.  The ones I found are pretty small in size, and I am curious if I will be able to hear a difference between the expensive cap and the "cheap as you can get" Aliexpress components. Update: So far I can't.

Another thing is to buffer each output stage individually using something like a TL074.  How about using an op amp with less temperature dependency like a TL052? With a TL052 on a cold day your VCO won't go flat when you glide. But I think we can get carried away here. I try to remember that we are designing audio (CV, really) circuits, not RF, not TV, not gravity wave detectors, not sensors for the LHC, or whatever, so yes, you can get a bit sloppy with your PCB layout and parts selection and things will still be decent enough musical applications.

I'll probably build more of these to experiment with accuracy, but at some point it'll be time to move on. For now these 2 glide modules are in my rack and they work.
Until next time: glide between your days, life is most often non-linear, and non-quantized.
at November 26, 2019