You can see part I of this post, where I try to get the TFT screen going, as well as discuss this DVM synth project in general here:


To review:
Since that last post I've spent time researching this (to paraphrase the immortal Don Lancaster: you can save hours at the bench by spending minutes on line....).

The first takeaway from the research: lots of folks are building various voltmeters out of Arduinos, but right away you start to see that their accuracy of most basic designs isn't going to be that good.

One problem: by default the Arduino uses 5V derived from USB to suss out the voltages present at the analog pins, which can be dodgy; when I used USB,  my internal ADC readings were inaccurate to over 500mV either way--unacceptable.

Another problem: We need to read negative voltages relative to ground, and the Arduino's analog pins will to clamp unwanted current flow through a diode to flush 'em down the electron toilet, but if you put too much current going the wrong way into the diode, you blow up the Arduino.  So we have to protect against that.

Question: there are "shields" and add on board doodads whose sole purpose is to read currents, and can display voltages and power to boot (an aside: how frigging cool is that??? Remember when this stuff was really hard to do?).

Can I just use one of those?

One of the cool little boards is based on TI's INA219, here's a Great Scott Vid about that add-on--I really like Great Scott. love that accent!  But INA219 based ADC's don't seem to deal with negative voltages very well (e.g., Great Scott's vid is positive V read only, right?) and doesn't seem to have any sort of built in clamping circuitry.  So as cool as the INA219 idea is, I didn't think it'd work here.

OK next I was looking at setting a DC offset at input to 7.5V above ground so everything coming in is positive, then use an INA219, and then code around that....but then we start coming up against rail to rail voltage limitations on the op amp and my +/- 15V power supply.....Remember I am trying to get +/- 10V to be read here....and we only have a 15V positive swing, so even if I put the incoming voltages at a 7.5V offset, we are outside the design parameters, and would only be able to read about +/- 7V DC.

So what I think may work is something like this: 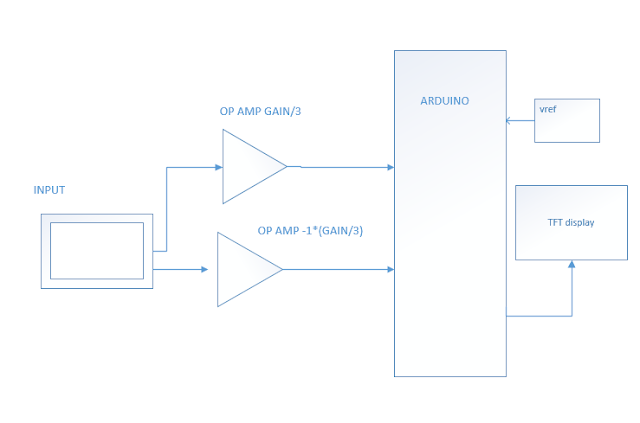 So step one is getting a positive 0-4.096V input signal accurately, well, read.

Turns out that was super easy--took about 10 minutes from going from the setup last time to a very accurate 0-4V or so DVM.  Here's what I did.

On Amazon I bought this cute little Adafruit LM4040 module and wired it up: 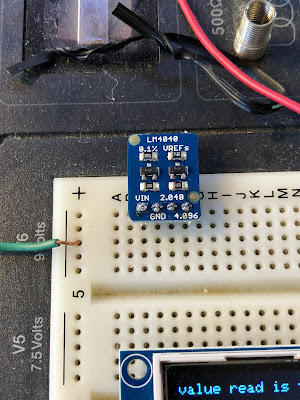 
Finally with everything wired up I tested my TFT display of voltages between 0 and 4V by comparing the Arduino voltages read to my trusty Fluke DVM.  It was "dead nuts on", as my EE brother says: 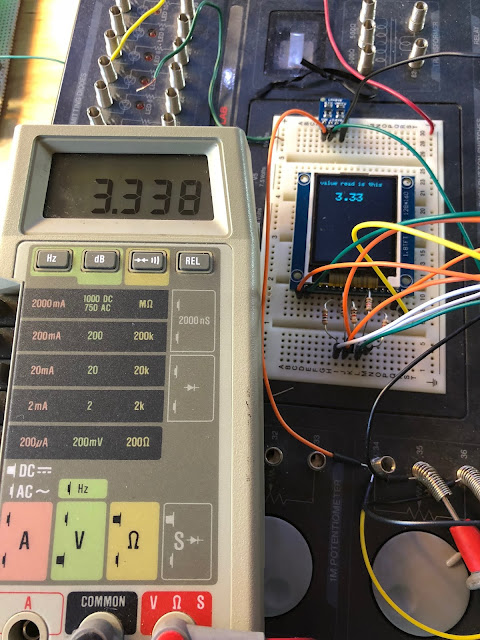 OK onward and upward.  This part turned out to be so much easier than I thought that I almost laughed. The Arduino platform is stupid easy to use!

To finish this I need to create a PCB for the electronics and 5V power conversion and a 2U front panel for Fracrak, but that's another post.  See ya....

Before any of this Covid/Corona Shelter in Place thing  I could still invite friends to my studio. So I was showing off my CEM VCOs when all... 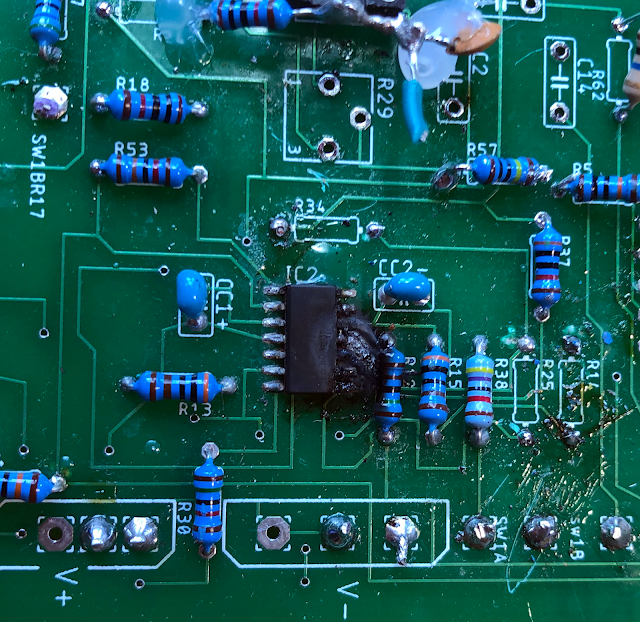