At the bench trying to learn more about inductors--something I've not worked with a lot with before--so bought a few Neutrik NTE1s from Amazon.

It's a 1:1 transformer (making the math easier I figure) and has decent audio specs.  And it's cheap--about $14USD each, for decent audio performance; good for experimenting.

What can we do with this little gadget? 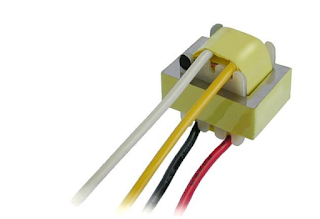 I looked over my work and realized (after a bit) an op amp I was using as an output buffer was oscillating (unintentionally) and I had wired things backwards, confusing the breadboard inputs with its outputs!!

I stopped everything and drew out what I had done since i liked the way this accident sounded. it's this:


How does it sound?  Well, "It depends".  For low frequencies (say less than 2K) maybe like a cheap guitar distortion pedal.  For higher frequencies, especially when you sweep different sine or tri waves from say 8K down to < 500hz through the 2 inputs, more like a classic synth balanced modulator.  From there I can get all different sounds--fat sounds, thin sounds, odd sounds.  Waveforms beating with each other, with beat frequency changing as I lowered the input frequencies.  Odd.  Not everything sounds good, but some things do.

What waveform goes into in 1 and in 2 makes a huge difference, and what amplitude/what dc offset matters as well.  Sometimes if I didn't like the sound at output I'd switch what was plugged into inputs 1 and 2 with one another, and I'd have a completely different thing going on.

The son of zener above creates about a -3db drop in amplitude, input to output, so I added the x2 gain op amp above....up to 9 parts!  Damn! but if you're serious about making this passive only (no batteries! No power supply!), you probably could do without it.

Figuring I might have stumbled on something? I got out another breadboard and came up with this 8 part variation:


From design #2 I got weird beat frequency stuff, balanced modulator stuff, all sorts of things.  For this one the 4x op amp gain stage is necessary since the transformer (? something?) introduces a pretty big amplitude hit.

Anyway, I strip boarded it, and used some simple op amp PCBs I had created for other projects.

Here are the obligatory bench photos--the zener prototypes literally took minutes to build.  If anyone wants to screw around, or knows of other designs like this (I don't, other than zener based guitar stomp boxes--which I guess these are? But zener and son of zener seem to require the transformers to get the odd BM sounds? I couldn't reproduce the exact same timbres with op amps) let me know. 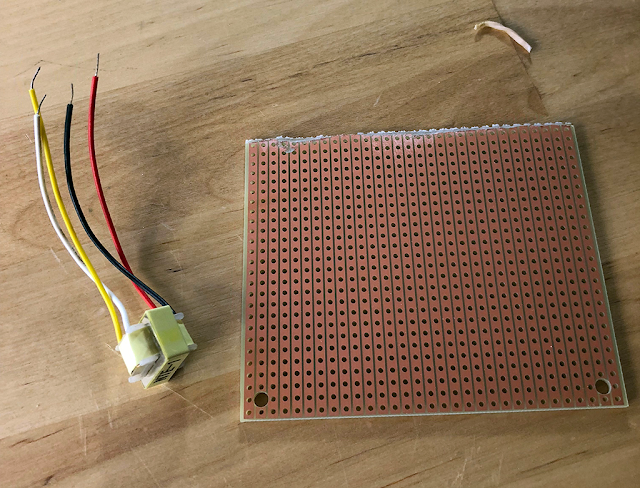 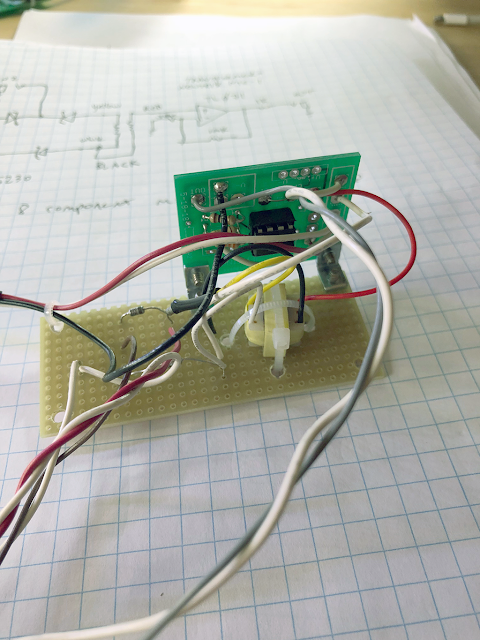 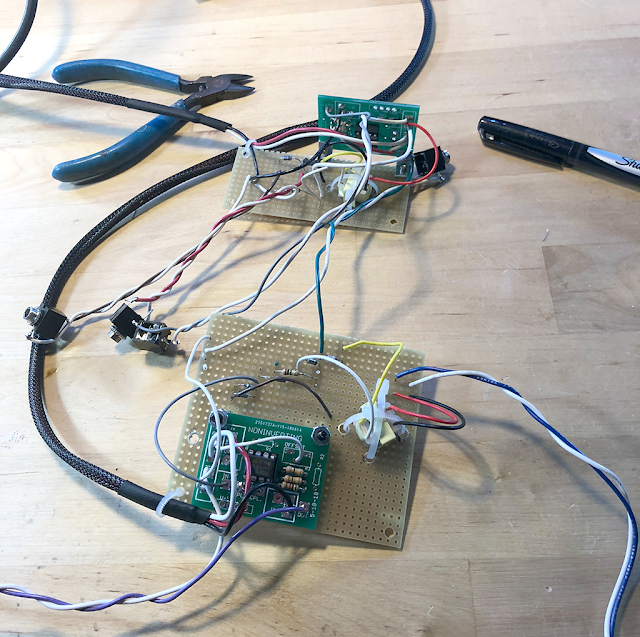