Welcome back my friends to the blog that never ends.

If you're an audio geek like me and have been sheltered in place for the past frigging 50 years, perhaps your entertainment values have changed? To wit: the $35 I would have blown on a foreign movie date with my psychiatrist girlfriend remains unspent.

So let's have fun with that $35USD--i.e., audio DIWHY geek fun--and at the same time we'll get small.

I started down the Teensy rabbit hole while researching I2S (more on I2S in upcoming posts; in a nutshell it's a common digital protocol for sending audio data between devices). I wanted to get my hands dirty with I2S but feared chasing digital synch issues, PC crashes, horrible aliasing, and general fear and loathing. These were things I had to contend with during the many years I worked in audio for film post--and this is supposed to be fun, so, nope, let's not go there again.

Ditch the dubbers, elmo: During my quest for I2S without issue I found the vid here: Teensy Audio. Wow! For digital audio fans it has everything already built in: I2S, A to D, D to A, an SD card reader, the codecs you'll need, an affordable MPU with some effects already preprogrammed in a comprehensive library, even a 3.5" amplified stereo handphone jack--again: are you kidding--plug it in an go right?

But is it all too easy? I needed to find out.

I bought a teensy 4.0 direct from the manufacturer, pjrc.com, along with their audio shield or hat or whatever you call it, which arrived neatly packaged and boxed a few days later.

My goal was to get the Teensy 4 working, program it from the Arduino IDE, run the audio examples, then record the examples and post them online--there are many vids about this technology, but I could find few that clearly showed how this little spud really sounds when put to the test.

I bought the version without pins. What else am I doing these days to pass the time?

Which meant: solder all the pins and get the shield stuck on the MPU. But still have the shield removable as needed down the road.

I looked around the Interweb for the best practice for this MPU to shield connect and to my astonishment couldn't find it. Time to roll my own? How hard could this be?

Here is what I came up with: 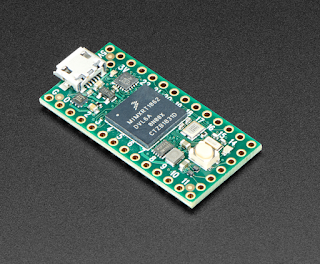 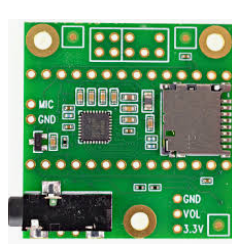 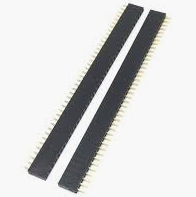 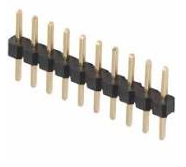 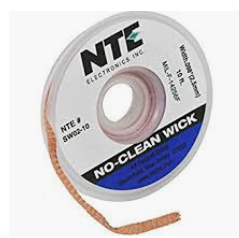 Step One: install male/male pins to the teensy, as you would with any MPU:

Step Two: This is important!! Use solder wick to get rid of any extra solder that ended up on the "shield side" of the Teensy. In my case I am wicking off extra solder on top of the teensie. The shield has to lay flush, so you want to make sure this solder job is completely tidy and minimal without "solder Hersheys kisses" getting in the way.


Step Three: solder the M/females edge connectors to the bottom of the audio shield (making it easy to breadboard the teensie itself with the audio shield attached) or top (makes it easier to get at the Shield's I/O).  This time, I chose female headers on the shield's bottom: 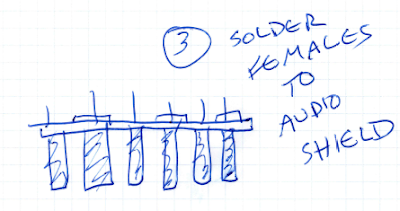 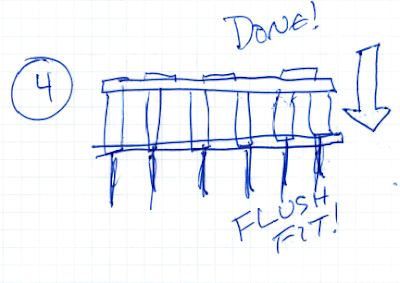 SIMPLE RIGHT?  You will end up with something like what you see below, easy right?  Um, no.  I actually wasted a fair amount of time getting this simple thing to work.....I consider myself pretty OK with fab, but I had undersoldered a couple of pins after wicking; thus the shield didn't initially work when it came time to breadboard. But! if I used too much solder the audio shield wouldn't sit flush with the MPU and the audio would cut in and out. Yep, this takes some pretty careful soldering.
Next time(?) I will make sure the shield goes below the teensie, although I figure I will have the same challenges. 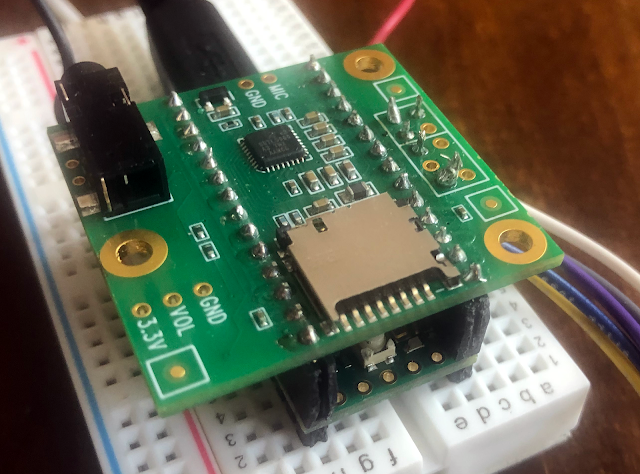 Next, I needed analog breakouts:  here is what I came up with. The 3.5" jacks board was left over from another project.....

But wait! We are not done with the Teensy hardware.

The audio board has provisions for a flash (non-volative storage) or RAM (read/write; loses data at power off) chip.  The latter assists in getting longer (1500ms) delay times from the board, which is what I want--information about these chips can be found toward the bottom of the page here.

I ended up buying ram chips direct from Microchip and soldering one on.  It would have been easier to do this before the headers were installed, but whatever. I got it done. 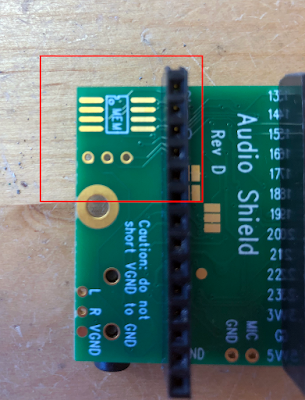 Next, I needed some pots n' switches to goose the analogRead() statements in the sample sketches.

The many online tutorials (e.g.: here) use breadboarded parts for this, but I hate breadboarding, so I built this out of perf, which I like only a bit better: 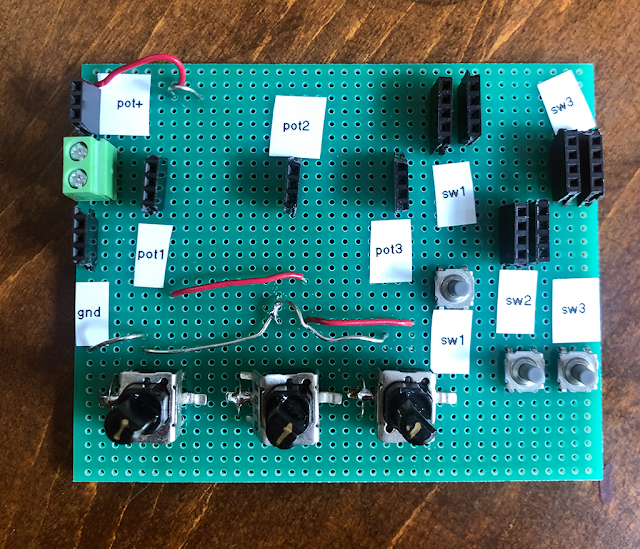 Now let's breadboard the Teensy + shield and wire it up to a DAW using USB: 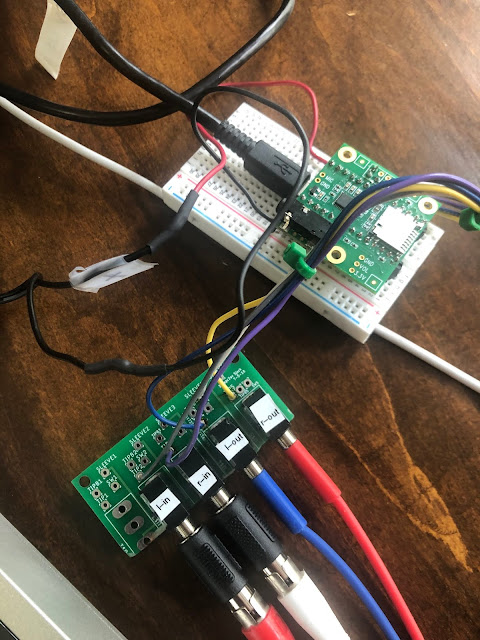 And set up a rig for testing, screwing with the code, etc. which goes like this:

Yep with all the hardware up and running it's time to get the example sketches onto the Teensy....

This proved to be a tiny bit trickier for me vs. the hardware part.

The teensy USB setup is not like what I've seen elsewhere. Yes, you use the same USB cabling, the same Arduino IDE, the same laptop and the rest of it, but you also need special software from PJRC called their "loader" to get the Teensy to eat sketches of any stripe. Next you have to install special software so your Arduino IDE can recognize teensy hardware: see the "Teensyduino" information here.

I tried to get the loader and Ardunio IDE working on Fedora Linux--that's where I do most all of my coding-- and couldn't get it to work after about 2 evenings of trying.  No, Captain Ubuntu, I didn't try compiling from source code which probably would have worked--sorry cap, that would have been too easy.

I went to Mac OS-X Sierra and everything worked right away, but with one strange detail--after you power cycle things, for the first upload from OSX to the Teensy, you (often?) have to press the tiny white button on the teensy itself to initiate the upload. (see the steak knife in the photo above--yep, that's why it's there). Note that this momentary switch is a bit obscured by the shield--sorry.

The Teensie then can eat the sketch from the IDE.

After that it all works--no more need to hit the white button, until the next time you power cycle things. Then you have to hit the tiny button again--but just once.

This really stumped me for a bit.

Also: to have the serial I/O (you know, Serial.begin(); etc etc), you have to choose the Teensy USB port within Arduino IDE; but you don't have to do that to program the device.  OK.....

Something that got me really interested about the Teensie is its web based GUI.  PJRC has a web UI to assist coding your own effects and audio widgets that they call the "audio design tool". Take a look at that here.

My goodness! You can chain things together, create feedback loops, and even rename the objects, sorta like a small web version of Reaktor. Then hit the EXPORT button and the Arduino sketch object instantiation is done for you--copy the code into your sketch. And!!! you can take an existing Teensy Audio sketch, such as code in the PJRC provided examples, import the sketch into a blank web UI, and the UI will create the Reaktor-like object flow for your perusal.

It all works! Now, that is really cool.

But wait--proving once again there are still mosquitos in paradise: the GUI is extremely helpful but it won't write all your code for you.  In fact if you just plunk the auto-generated code into a sketch and expect to hear sound, forget it. You won't.


And then EXPORTED it to a sketch.....all code you see at the top of the sketch was pre-rolled.

But to get this to work, I had to create the code you see in setup{} and loop{}--the GUI only created the objects and #include statements you see at the top of the sketch.

Fortunately between the examples sketches, information you get from PJRCs documentation, and what you might glean from what seems like a gazillion youtube "howto" vids, you get a feel for what you need to code reasonably fast.

//you need this or no audio!
AudioMemory(8);

SHUT UP AND LINK THE SOUND FILE!

OK, it's here.  the sound demo is as bare bones as I could make it--there are no attempts to synch the delay to the beat of the loop for instance. My goal here is remind myself six months from now how this thing sounds....that's it.

You can also get a zipped copy of the sketches used (most of the examples were modified slightly to fit my I/O setup) here.

The gear used for the demo recording: OSX mac running Ableton 10 suite; Apologee Duet ADDA; the Teensy; unbalanced out to Rane SM82 with unbalanced loop sends to a Tascam SS-R200.

In other words, as simple as I can make this.

The chorus/flange is gritty and I didn't like its sound much; tweaking the example sketch--I feel I tried a lot of things--didn't get me much improvement.

For the other FX, I hear hiss and noise--some of the noise isn't teensy's fault I think; I could have spent more time optimizing levels to get rid of some of the noise, but overall I needed to get this done as simply and quickly as I could, so there you go.

Overall, I thought the reverb, filters, delays, etc., were pretty damn good--definitely good enough to put in series with other audio effects someone might dream up--need five 12db/octave bandpass filters in parallel for a specialized EQ?  Use a teensy audio--boom, done, here it is. 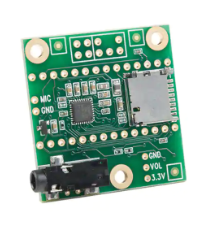 TO TEENSY OR NOT TO TEENSY? TO TEENSY!

The Teensy Audio's chorus/flange implementation was a bit weak, and I have a few minor gripes about how the hardware is laid out (such as silk legends, could they be on both sides of the audio board?) but beyond that, this is one of the greatest, if not the #1 GREATEST,  DIY/Maker audio development products I've ever seen. It could cost 3x as much and arguably still be a great deal, but for $35USD? Again: Are you kidding me?

Using stock or slightly modified sketches you can quickly create some reasonably good effects like reverb and delay, and with some imagination, creative coding, and tweaking, who knows what someone might come up with. There are 16 tons of creative possibilities here.

I felt after a bit of a learning curve I started to pick the coding up pretty fast.

And of course I haven't even touched on a lot of the other things this device can do--synthesizer module sims, audio analysis, and a lot more.

Overall: I figure PJRC put a butt ton of work into this--with great passion--and it shows. PJRC should win the nobel prize--they have my nomination anyway--yes, This teensy>audio thing is that good. If you are into MPUs, DIY and audio, run, don't walk, and get this thing.

For me, it's beyond hours of fun--Teensy Audio is going to change things. Yow!