Hello again: if you've been following the last few posts you see that I am trying to use Arduino's IDE a lot less, and learning to program MPU's like the Atmel 328P using
"Embedded C", as opposed to the Arduino Sketch language.

I've had some success, such as using C to create an LFO prototype...read about first steps for the DLFO  project here.  It works on the bench.  Update 5-1-21 the whole damn Digital LFO--dev board discussed below, buffer board for incoming CV, switch debouncing that toggles waveform select, LEDs to show which waveform you're using etc etc. works!! I am happy! Post coming soon.

Turns out it's pretty easy to roll your own simple AVR based dev board.  Using bits of the Arduino Uno R3 schematic, a few examples found online (eg: here), and a few Atmel PDFs (the one here for instance--very useful reference) I came up with a minimal parts count AVR 328 PCB for future projects.

If you want to build one of these yourself, you can get the Eagle files (the free version of Eagle should be able to load these files), gerbers, and more, from my github (go here). 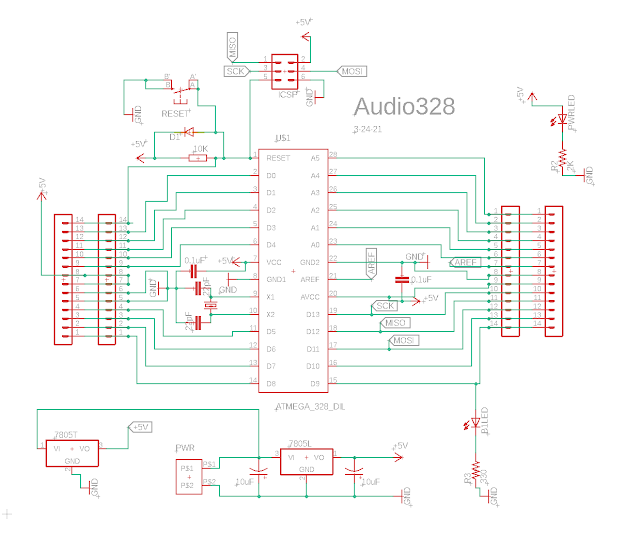 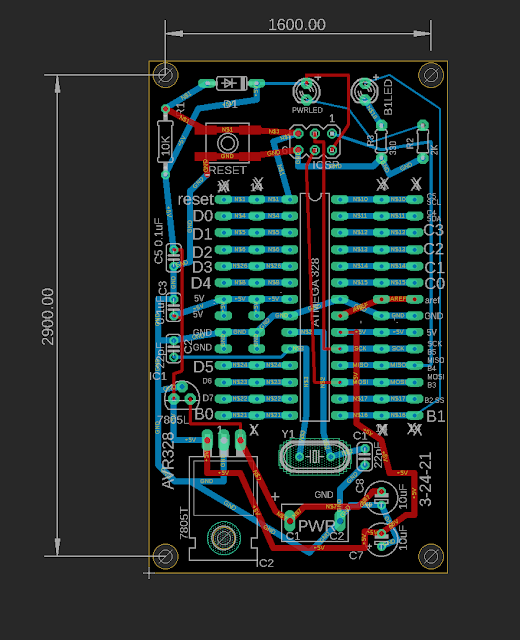 But does it work?

Programming is done with an Atmel ICE; the IDE used for writing the blink code is Atmel Studio 7, as in the previous posts.

Let's send this dev board's gerbers off to China....I usually use these guys....wow that was fast, they are back.

Let's stuff the board: 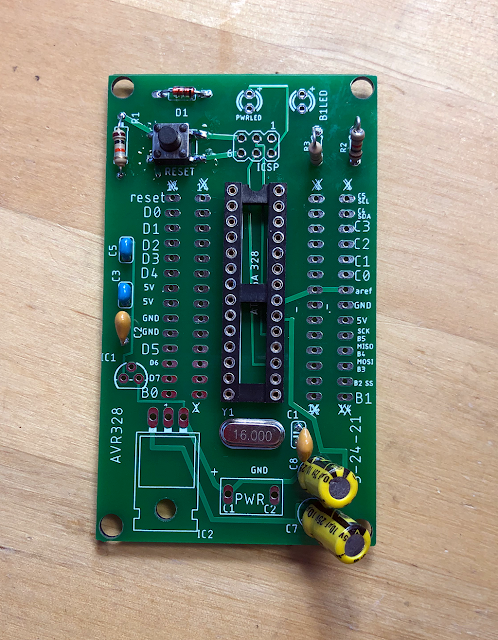 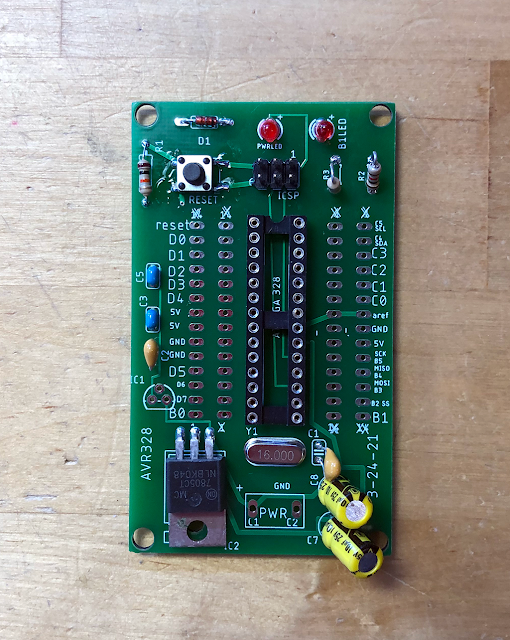 On the bench, connected to power and so on, it looks like this: 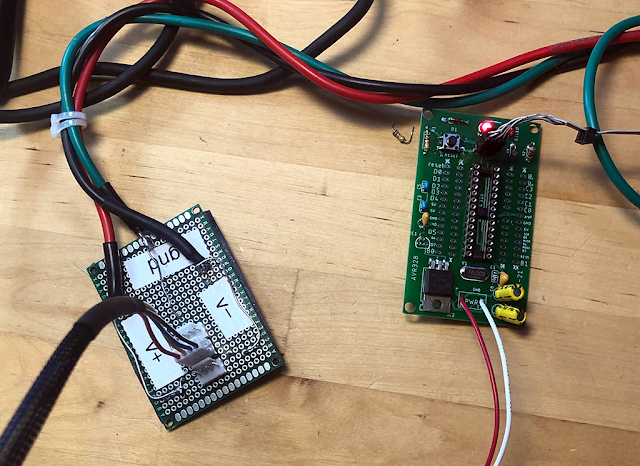 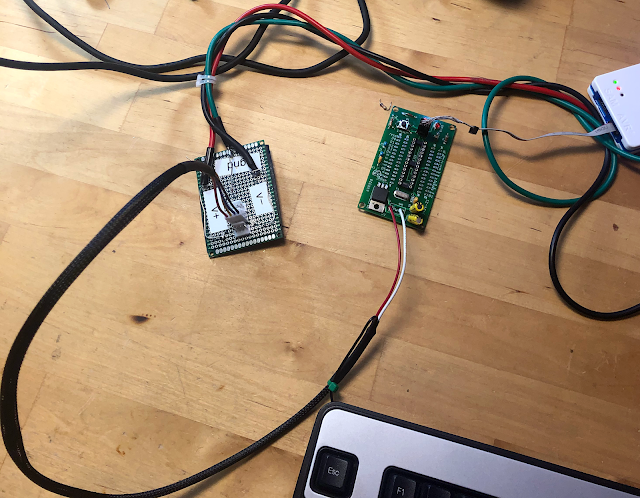 Next, with a brand new 328 chip popped in we can upload this simple blink C program to test:

And...nothing. Huh? This is a really simple design, why won't this work?

It took me about 5 minutes to figure this out.

The Atmel ICE's ICSP connector is pinned like this: 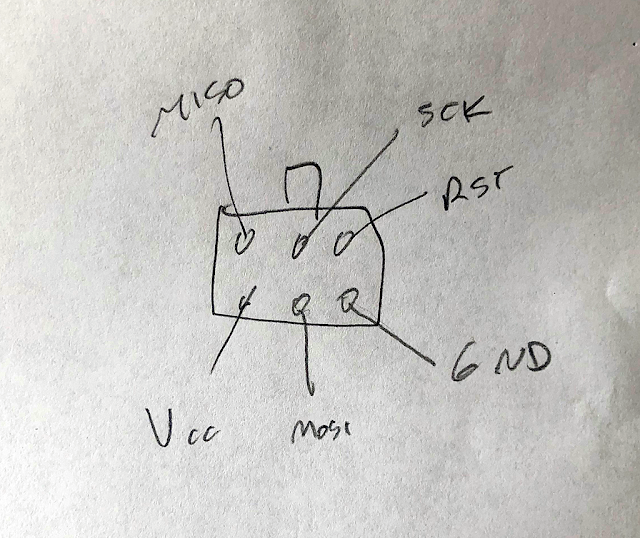 ...but when designing the  ICE connector no one at Amtel (?) marked where pin one is. Turns out I had the connector upside down!

On my board, the MISO pin goes to the top left. So the tab you see on the connector faces upwards.

After this fix, the MPU is now seen by the ICE programmer and we can upload code.  yeh!

Cool!  Good enough for now--"not much time for blogging/too much work to do...."

Next up, I'll see if I can make the recently "coded at the bench" DLFO (again, post for initial software DLFO build is here)  work with this development board. I created a 2nd PCB for the DLFO to accommodate its CV buffers and whatnot and should have that back soon.